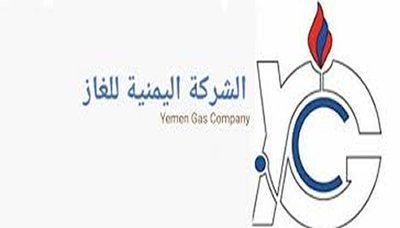 The Yemeni gas company “Sana’a and Safer” condemned the detention of the gas trailers taken to Mahweet by Ali Hussein Abdullah Awdha, Director of the Office of Industry and Commerce of Mahweet province in the Government of Mercenaries-Aden. The company explained in a statement that Awdha had seized the gas trailers taken to Mahweet province for more than 15 days and demanded the imposition of 40 rials on each gas cylinder of those trailers without any justification. The statement regarded the abusive actions of the so-called Awdha as covered by the so-called directives of the Governor of Mahweet Governorate in the Mercenaries-Aden Government as a blatant violation of declared armistice clauses. These actions are aimed at depriving citizens of access to gas and imposing amounts contrary to the law. The Yemeni Gas Company called on the United Nations Secretary-General’s Special Envoy to Yemen, Hans Grundberg, and the Resident Representative of the United Nations and Humanitarian Coordinator in Yemen, William David Gressley, to play their part in stopping those irresponsible actions that would exacerbate the suffering of the citizen in the circumstances of Yemen as a result of aggression and siege. The company appealed to free sons of Marib to intervene rapidly to release the gas trailers detained by mercenaries, and to neutralize the gas from the conflict, being a material associated with the life of the citizen. Demand the speedy release of trailers.