Two children injured in a landmine blast in Deir Ezzor 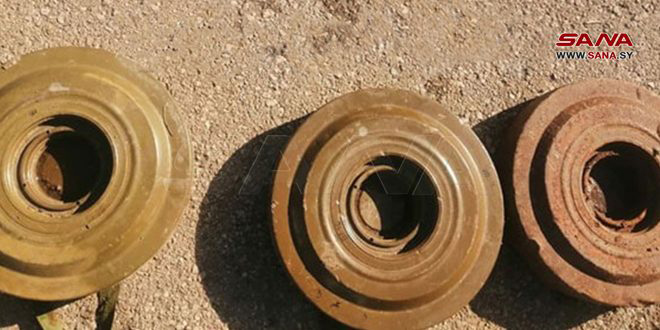 Two children injured in a landmine blast in Deir Ezzor

Deir-Ezzor, SANA- Two children were injured in the blast of a landmine planted by Daesh “ISIS” terrorists in al-Rashidyia neighborhood in Deir Ezzor. SANA reporter said that a landmine which had been planted by Daesh terrorists went off in the vicinity near one of the abandoned buildings in al-Rashidyia neighborhood in Deir Ezzor city, injuring two children. Director of the General Authority of al-Assad Hospital, Dr. Mamoun Hizah, said in a statement to SANA reporter that two children aged 11 and 12 sustained injuries in different parts of the body as a result of the mine explosion and the necessary treatment was provided to them and they were under medical observation. Bushra Dabin / Ruaa al-Jazaeri