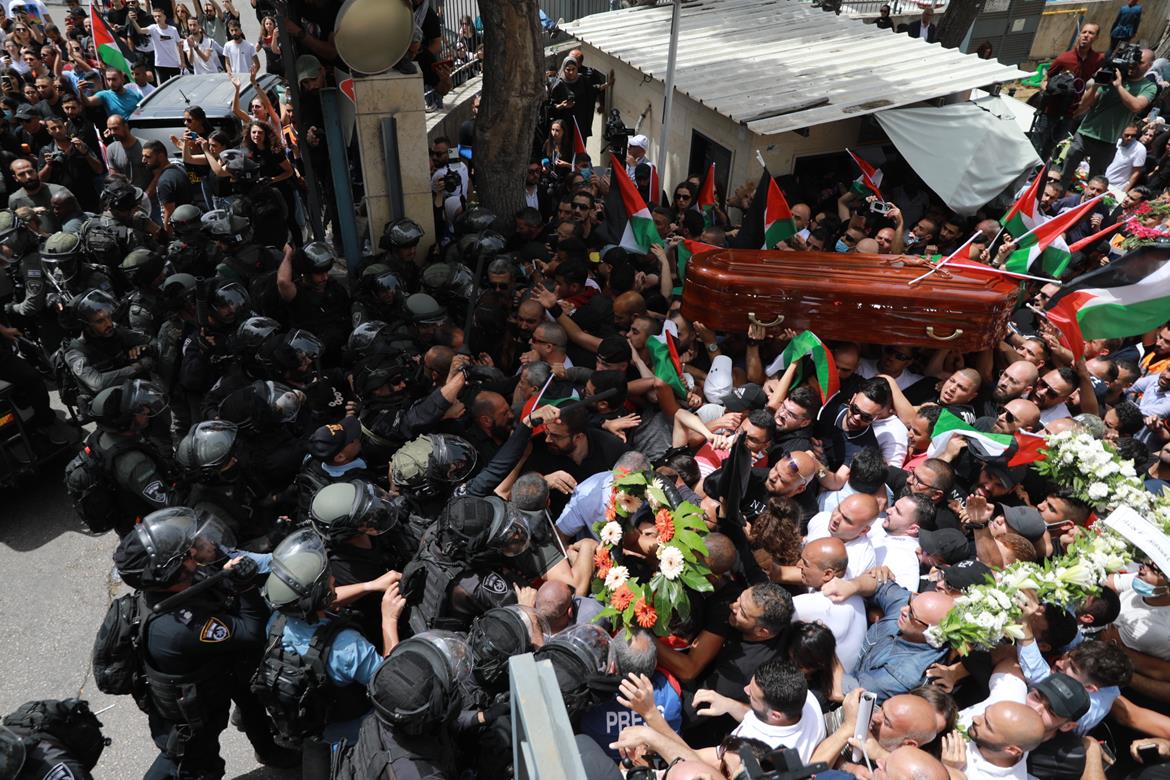 PARIS, Saturday, May 14, 2022 (WAFA) - Reporters sans frontières - Reporters Without Borders (RSF) said yesterday that Israeli police beat and banned journalists from filming the funeral of Palestinian iconic journalist Shireen Abu Akleh while it was leaving St. Joseph’s hospital in East Jerusalem. “While covering the funeral procession of journalist Shireen Abu Akleh, a dozen reporters were beaten and banned from filming by Israeli forces,” said RSF. “According to witness testimonies, the Internet network was also blocked, preventing broadcast of live information,” it added. RSF said it “strongly condemns these attacks, which are all the more unacceptable and shocking in a funeral context, and calls for the immediate establishment of an independent international investigation into the circumstances of the journalist's killing.” Abu Akleh, the most popular Palestinian journalist working with Al-Jazeera, was killed by an Israeli army sniper on Wednesday, despite exhibiting very visible “press” signs, while covering an Israeli army raid on Jenin refugee camp in the northern West Bank. Her killing and the attack on her funeral yesterday in Jerusalem have drawn worldwide condemnation. M.K.