QSD militia kidnaps a number of civilians in Raqqa countryside 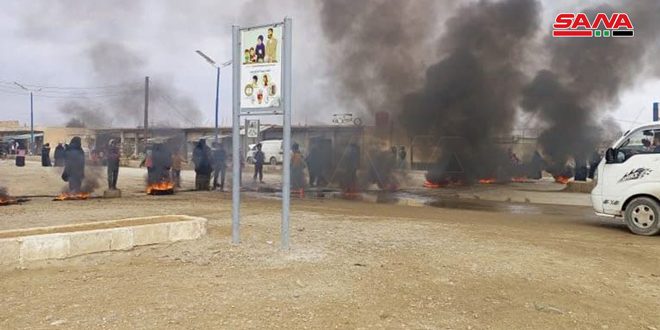 QSD militia kidnaps a number of civilians in Raqqa countryside

Raqqa, SANA- The separatist QSD militia kidnapped a number of young men after stopping a public transport vehicle at a checkpoint near al-Akirshi village in Raqqa southeastern countryside. Local sources told SANA reporter in Raqqa that a checkpoint of QSD militants stopped a public transport vehicle at al-Akirshi village, to the southeast of Raqqa city, and kidnapped a number of young men to force them fight with its ranks. QSD militia deliberately set up barriers among city neighborhoods, at the entrances to villages and towns, and on public roads between Hasaka, Deir Ezzor and Raqqa, and kidnap civilians to take them to their camps. Nisreen Othman / Mazen Eyon