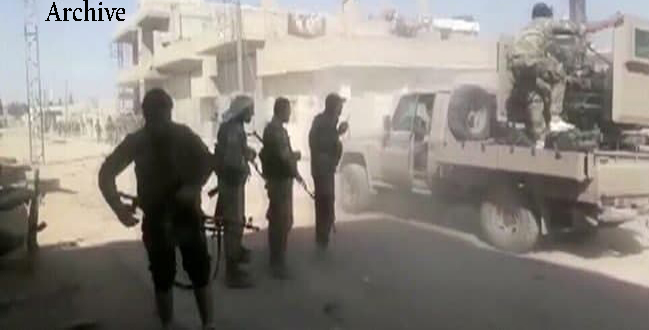 Hasaka, SANA- A number of Turkish occupation terrorist mercenaries were injured in infighting among them in Ras al-Ayn area, Hasaka northwestern countryside. An infighting with light and medium weapons and RPGs was erupted between two Turkish occupation –backed terrorist groups of the so called (al-Hamza Division) in Ras al-Ayn area, Hasaka northwestern countryside, causing injuries between their ranks, local sources told SANA. Several families left their houses as a result of the clashes and the random firing, meanwhile the shops were closed in a number of streets due to the continued infighting among these mercenaries, according to the sources. Rafah al-Allouni/ Shaza Qreima