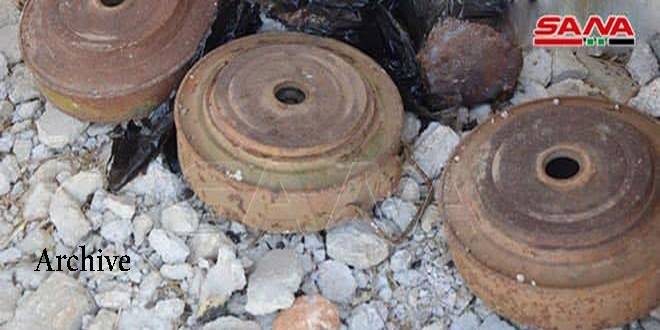 Deir Ezzor, SANA- A landmine, left behind by Daesh (ISIS) terrorist organization, went off in the vicinity of Tab Harabish, east of Deir Ezzor, causing the injury of a child. “Al-Assad Hospital received a 12-year-old child who sustained serious wounds, which caused the amputation of his foot, in addition to shrapnel wounds in different parts of his body due to a landmine blast,” Director of al-Assad Hospital, Dr. Mamoun Hizah said in a statement to SANA. Ahead of their defeat, terrorist groups had planted mines and explosive devices in the areas of their deployment, as they hid them in the villages and towns and in the agricultural lands to inflict the largest possible damage on the citizens who return to their areas after liberating them from terrorism. Rafah al-Allouni/ Ruaa al-Jazaeri