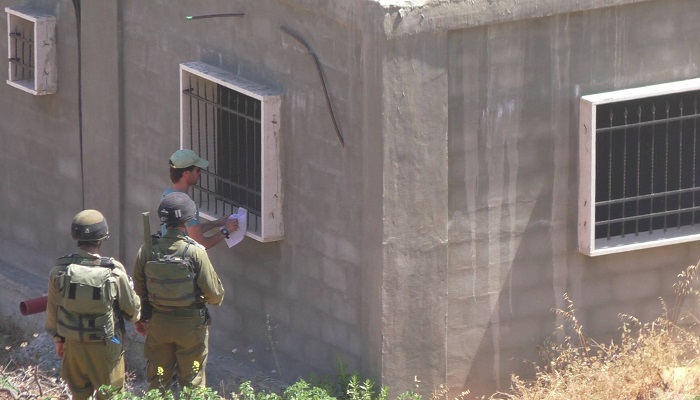 BETHLEHEM, Wednesday, November 17, 2021 (WAFA) – The Israeli occupation authorities ordered today to stop construction and all forms of work in the Abu Sud neighborhood in the town of al-Khader, south of the occupied West Bank city of Bethlehem, according to activist Ahmed Salah. He told WAFA forces stormed the Abu Sud area and handed a local resident a notice banning construction or making any changes in the area, comprising a surface area of 100 dunums. The aforementioned area has been subjected to settlers' attacks for years, during which several houses were demolished, some of which were demolished numerous times. Since the start of the Israeli occupation of the West Bank in 1967, like so many other villages in Palestine, al-Khader has been subjected to almost continual land theft for Israeli settlements, bypass roads, and military installations. K.T./T.R.