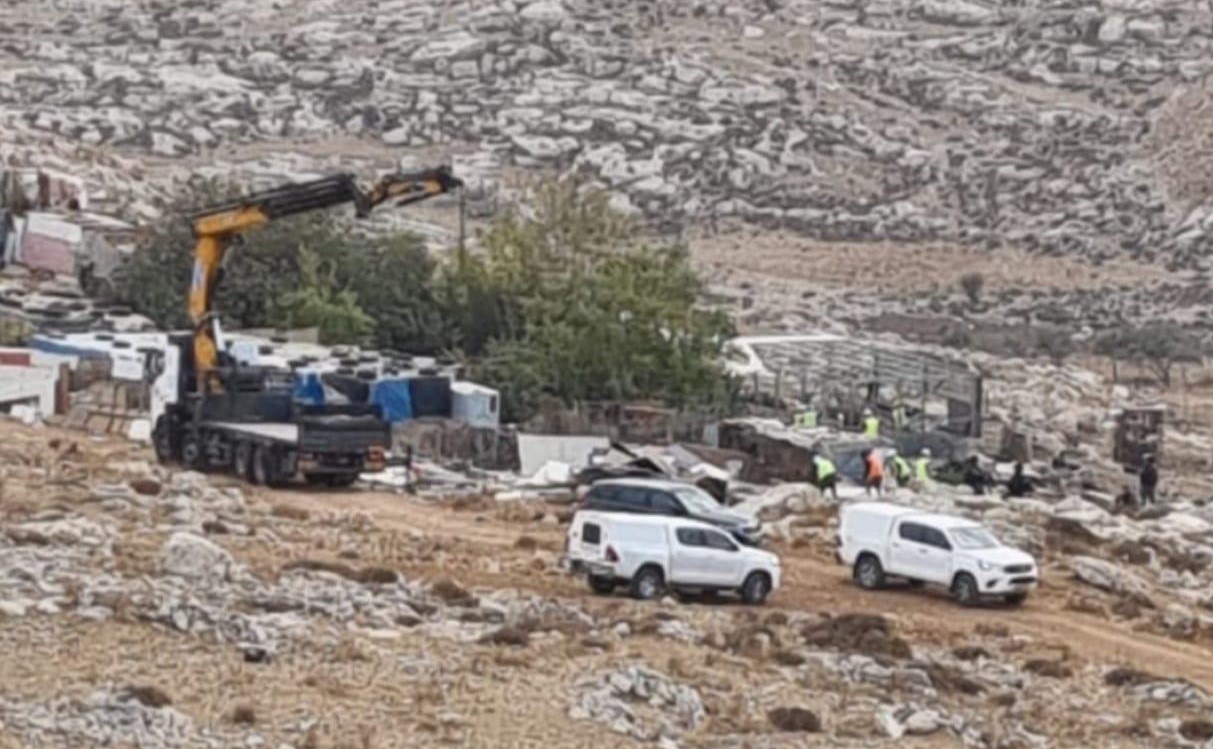 JERUSALEM, Wednesday, November 17, 2021 (WAFA) – Israeli forces today dismantled and seized Palestinian structures near az-Za'ayyem village, east of the occupied city of Jerusalem, according to local sources. Director of the village municipality, Mohammad Abu-Zayad, said that Israeli forces cordoned al-Saidi herding community, close to the village, where they dismantled two residential structures, each of which occupied 120 square meters, in addition to five sheep shelters, and seized the structures using a crane truck. Israel demolishes Palestinian houses and structures almost on a daily basis as a means to achieve to advance the forcible displacement and transfer of Palestinians in the occupied territories, including the herding communities on the edge of Jerusalem. Israel denies planning permits for Palestinians to build on their own land or to extend existing houses to accommodate natural growth, particularly in Jerusalem and Area C, which constitutes 60 percent of the occupied West Bank and falls under full Israeli military rule, forcing residents to build without obtaining rarely-granted permits to provide shelters for their families. In contrast, Israel argues that building within existing colonial settlements is necessary to accommodate the “natural growth” of settlers. Therefore, it much more easily gives the over 700,000 Jewish Israeli settlers there building permits and provides them with roads, electricity, water and sewage systems that remain inaccessible to many neighboring Palestinians. K.F.