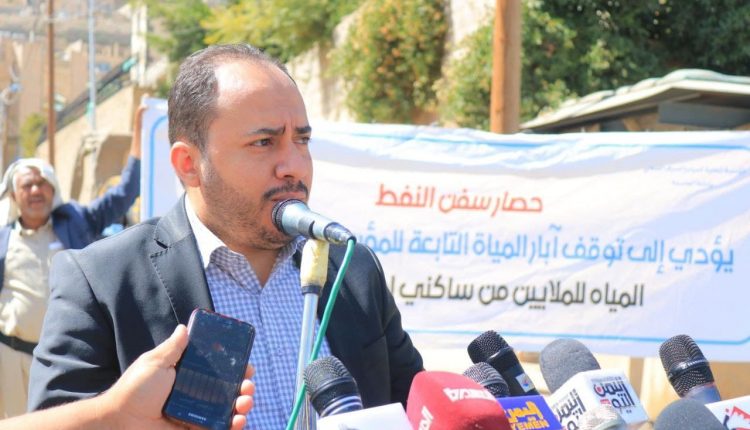 The Yemeni Oil Company clarified that the forces of aggression are plundering Yemen’s wealth of crude oil, with approximately $165 million per month, which is enough to pay the salaries of employees that have been cut off for years. The company and the Water and Sanitation Corporation held a protest sit-in today in front of the United Nations office with full responsibility for all the consequences of the lack of oil derivatives, depriving millions of drinking water, and avoiding catastrophic health and environmental damage and the spread of diseases as a result of the sewage treatment plant’s failure to work and stop working, and this is considered a crime war crimes against the Yemeni people and what will happen is an environmental disaster and a threat to the lives of millions. The participants in the vigil emphasized that the United Nations had become a key partner in piracy on oil derivatives ships, and that throughout the duration of the aggression and the siege, only briefings in the Security Council were heard from it. These briefings do not operate factories or hospitals. The statement issued by the Local Corporation for Water and Sanitation indicated that the continued detention of oil derivatives ships by the aggression coalition led to catastrophic environmental and health repercussions due to the scarcity and lack of fuel and operational resources to provide its services to citizens