Oil smuggling from Syria to Iraq by the US! 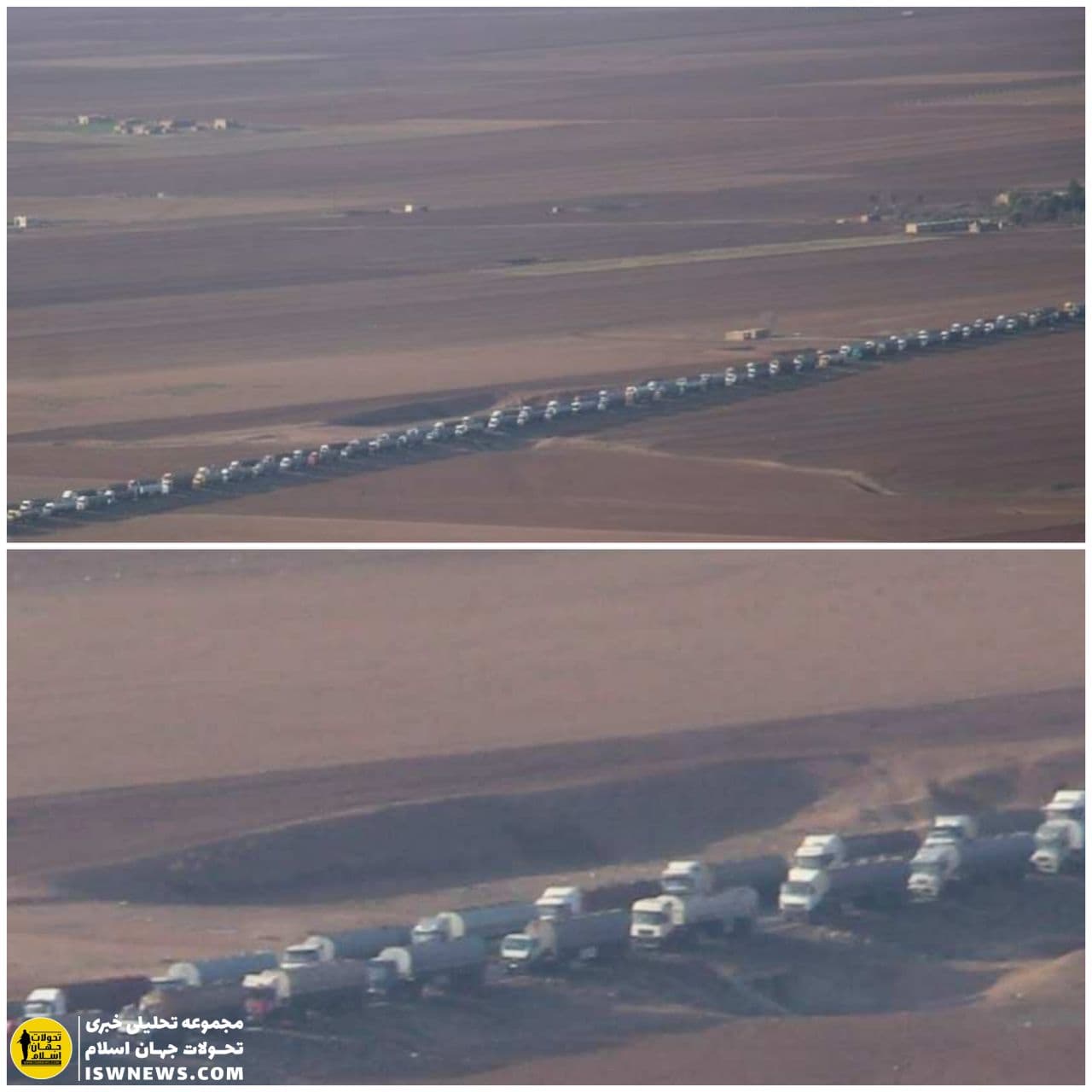 Oil smuggling from Syria to Iraq by the US!

ISWNews Analysis Group: Following the theft of Syrian oil by the Americans, a large convoy carrying Syrian oil entered Iraq through the illegal al-Walid crossing.A Russian drone in Qamishli has filmed a column of oil tankers carrying Syrian oil en route to Iraq through the Syrian province of Hasakah through the illegal al-Walid crossing.Another convoy of 40 trucks carrying weapons and ammunition, believed to belong to the Syrian Democratic Forces (SDF), was also spotted in the footages.Although the United States has attributed its presence in Syria to fighting ISIS and protecting Syria’s oil resources!, the actions of US troops in Iraq and Syria show their sinister intentions for countries in the region