US intervention in Syria is a failure, it could turn into a catastrophe, Lamear says 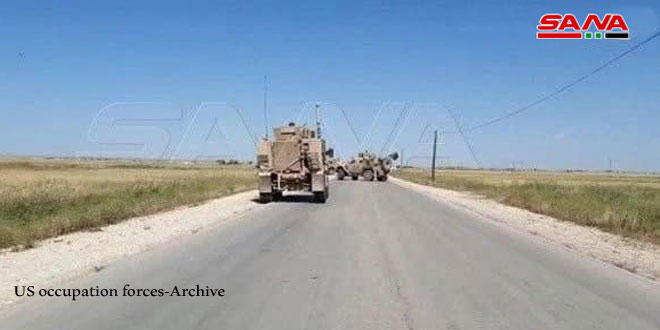 US intervention in Syria is a failure, it could turn into a catastrophe, Lamear says

Washington, SANA- The writer in the American magazine Newsweek, Geoff Lamear criticized the illegitimate US presence in Syria, affirming that this presence, which Washington has taken as a pretext for fighting terrorism, has failed and could turn into a catastrophe. The US military intervention has failed to achieve its objectives hostile to Syria. It is time for Washington to face reality; Syria has won the war and the US decision makers must deal with this reality, Lamar said in an article published in the magazine. He pointed out the falseness of the American discourse during the Trump administration on the US troops’ withdrawal from Syria as this presence continued, stressing that the United States should pull out of Syria before the failure becomes a catastrophe. A few days ago, the White House confirmed that a drone attack and accompanying missiles targeted al-Tanf base affiliated to the US occupation in Home eastern countryside on the Syrian-Iraqi border. Shaza Qreima