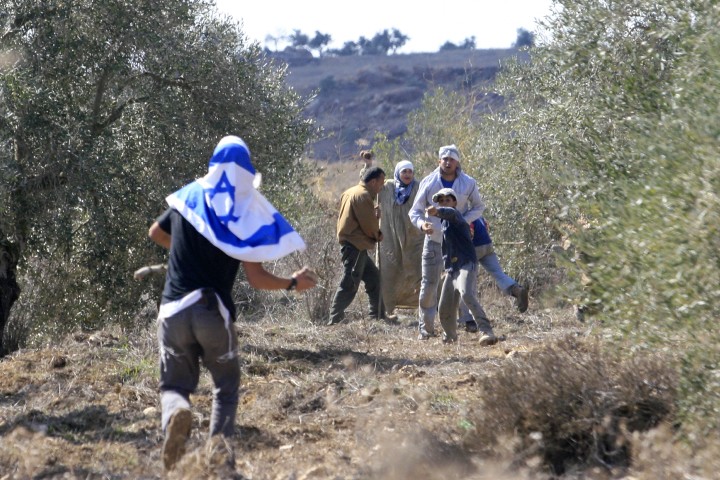 NABLUS, Saturday, October 9, 2021 (WAFA) – Israeli settlers today prevented Palestinian farmers from harvesting their olive crops in the northern West Bank village of Burin, south of Nablus. Ghassan Daghlas, who monitors settlers’ violence and activities in the northern West Bank, said settlers from the illegal Yitzhar settlement prevented the Palestinian farmers from working on their land in a southeastern area of the village and forced them to leave it. Settlers have intensified their attacks against Palestinian farmers and land in the occupied West Bank, particularly during the annual olive harvest season, burning and destroying trees and preventing farmers at gunpoint from harvesting their crops. The Israeli army, which is usually present in the area, only intervenes if the local residents confront the settlers to protect the settlers. M.K.