Russian Center: Yemenis Facing A Devastating Impact Due To The Economic War Pursued By The Saudi Regime 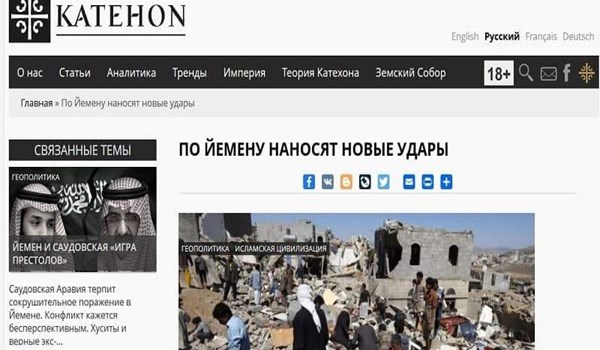 Russian Center: Yemenis Facing A Devastating Impact Due To The Economic War Pursued By The Saudi Regime

A Russian center confirmed that the population of Yemen is facing a devastating impact due to the economic war pursued by the Saudi regime. The Russian Katehon Center published a report entitled “Saudi Arabia strikes Yemen again,” in which it confirmed that the Saudi regime had taken economic war measures against the Yemeni people, including raising the price of the customs dollar and expelling Yemeni expatriates from the Kingdom’s regions. The report touched on the angry protests that took place in the city of Aden in early August against the recent decision of the Riyadh hotel government to raise the exchange rate of the US dollar for vital basic commodities, noting that more than 80% of the population in Yemen depends on imports. The center confirmed that this pressure on Yemenis aims to exacerbate the humanitarian crisis inside Yemen and increase social instability. It also pointed out that among the tools of the economic war pursued by Saudi Arabia during the months of July and August, a number of universities in the south of the Kingdom terminated their contracts with all Yemeni academics, noting that a Saudi university in Najran dismissed 106 employees simultaneously. The report referred to a speech by the member of the Supreme Political Council, Mohammed Ali al-Houthi, in which he said that the United States is constantly trying to reduce the value of the Yemeni riyal against the US dollar, similar to its efforts in Syria, Palestine, and Lebanon, stressing that Saudi Arabia and the UAE are no more than two tools for implementing US plans and programs.