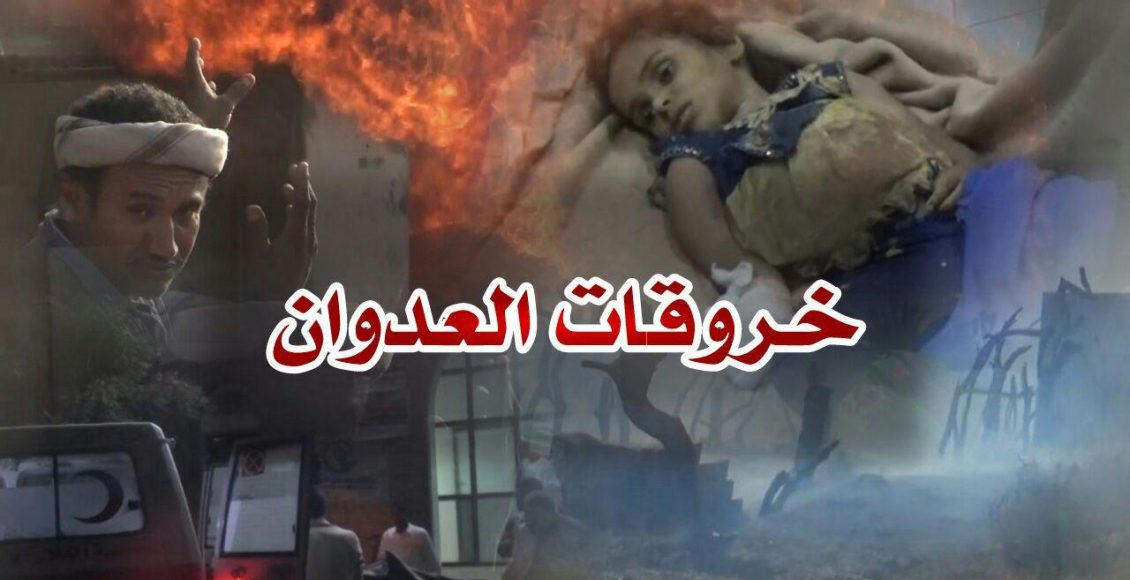 The US-Saudi-Emirati aggression launched a series of air raids on Marib, Al-Jawf, Saada and Asir during the past 24 hours. A security source explained that the aggression’s warplanes launched 3 air raids on the Al Rabu’a area in the Asir sector, 3 raids on the Al Maraziq area in the Khub and Al Sha’af district in Al Jawf, two raids on the Al Dhaher district in Saada, and a raid on the Serwah district in Marib. The Saudi-led aggression forces also committed 261 violations of the Sweden ceasefire agreement in Hodeidah province over the past 24 hours, the operations room to monitor the violations reported on Friday. Among the violations were the creation of new combat fortifications in Kilo 16 and al-Jah areas, and launching three spy airstrikes on Al-Faza, Al-Jabaliya and Al-Tuhita areas, according to the operations room. The violations also included firing 31 artillery shells in seven violations, and 237 violations with various machine-gun bullets.