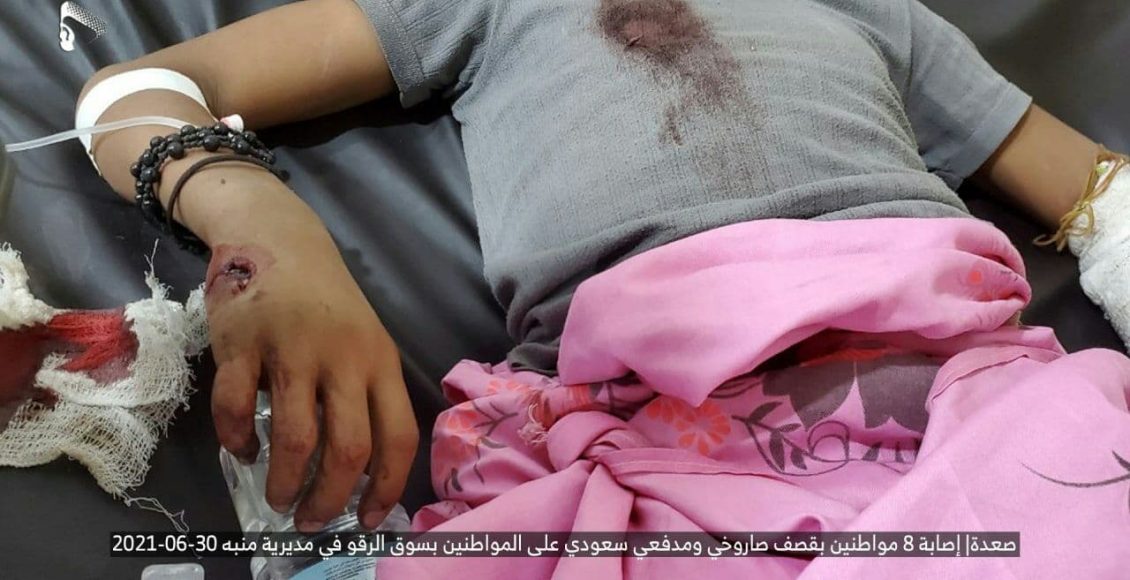 Two civilians were injured,Today Friday, Saudi army fire in Shada district, Saada governorate. A local source explained that the Saudi army targeted citizens in the border district of Shada with several artillery and missile shells, injuring two citizens and causing serious material damage to citizens’ properties. The source condemned the heinous crime, which resulted in the injury of a citizen in a Saudi bombing of the same district. It is worth noting that the Saudi enemy targets the border villages with rocket-propelled grenades, artillery and machine guns on a daily basis, resulting in hundreds of dead and wounded.