After being detained by Israeli forces for one day, Palestinian man left with serious facial injuries 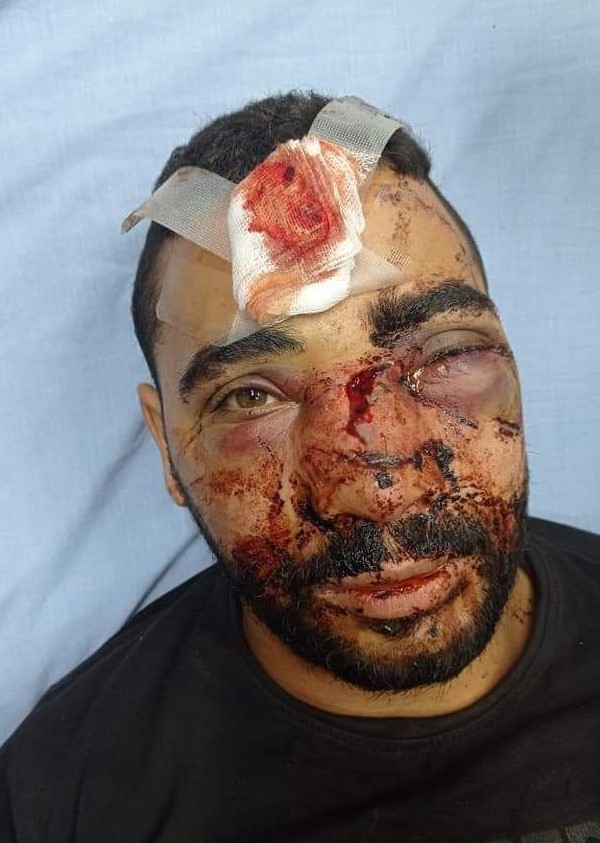 After being detained by Israeli forces for one day, Palestinian man left with serious facial injuries

RAMALLAH, Wednesday, August 11, 2021 (WAFA) – A Palestinian man from Deir al-Ghosoun town, near Tulkarm in the north of the West Bank, was detained by Israeli occupation forces for one day but left after his release with serious facial injuries, today said the Palestinian Prisoner Society (PPS). It quoted Loai Abu Zaiton, 24, saying that he was hit in the face by a concussion bomb thrown at him by an Israeli soldier before detaining him early yesterday. He was also beaten on his feet during his detention and then taken to a hospital inside Israel before he was released. Abu Zaiton, who was admitted to a Palestinian hospital in Tulkarm, said he is suffering from mutilation in his face, a broken nose and serious damage to the retina of his left eye. The PPS said what happened to Abu Zaiton is only one of thousands of crimes committed on a daily basis by the Israeli occupation forces against detained Palestinians. M.K.