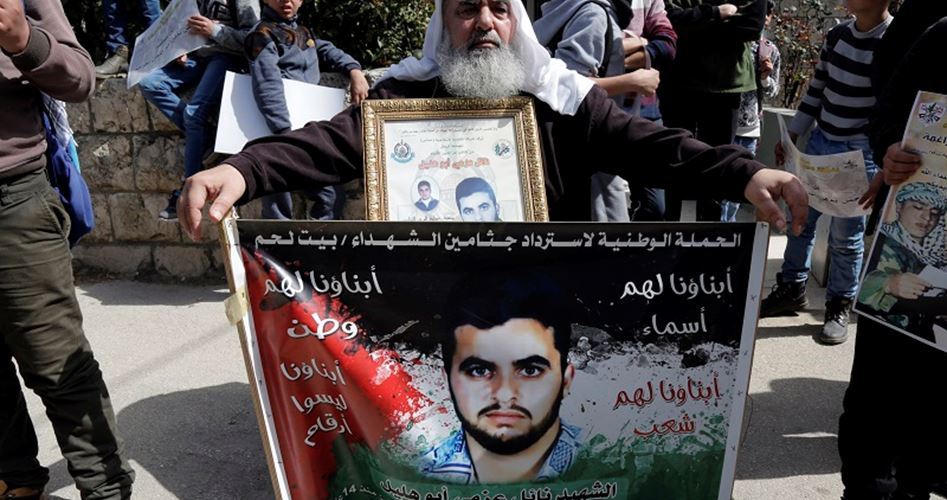 RAMALLAH, Saturday, July 31, 2021 (WAFA) – Efforts are intensifying to force Israel to release corpses of Palestinians killed by its forces over the years and which it has been holding in morgues or unmarked graves, today said Salwa Hammad, coordinator of the National Campaign to the Retrieval of the Bodies of Martyrs held by Israel since 2015. She told Voice of Palestine radio that there are 81 bodies held in morgues, in addition to 254 others of Palestinians killed since 1967 held in unmarked graves in what is known as “numbered” cemeteries in the north of Israel. Efforts are underway to mobilize the international community to help release the withheld bodies in light of the failure of the legal process to release them, said Hammad, explaining that there will be more action on the international level this year as well as events and media campaigns, particularly on the National Day for the Retrieval of the Bodies of Martyrs, which falls on August 27. Israel said that it was withholding bodies of Palestinians in order to use them as a bargaining chip in future prisoners’ exchange deals with the Palestinians. The families of the withheld bodies hold regular protests demanding their release in order to give them proper burial in their hometowns. M.K.